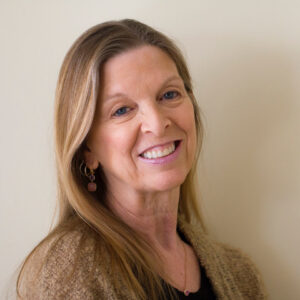 During her early experiences in the field she worked with autistic children, a general psychiatric population, and senior citizens. From 1991 – 2003 she worked at the Renfrew Center, world renowned for its treatment of Eating Disorders, as an individual, family and group psychotherapist. For four of those years she also served as director of their Intensive Outpatient Program. Terry also had the opportunity to use her dance/movement therapy background at Renfrew, both by leading dance/movement therapy groups and by integrating her understanding of the mind/body connection into her work with clients in general.

Terry has given a number of talks at the local and national level, on Body Image, Eating Disorders and Dance/Movement Therapy. She has additional training in EMDR and couples therapy.

In 1999 Terry became one of the founding members of the Temenos Center and she is delighted to be part of this thriving group practice. She finds the relationships with her colleagues to be enriching and rewarding. She also feels privileged to work with a wide variety of clients and thrives on the depth of rapport that is connected to the healing process. Terry enjoys working with teens, adults and their families. She is a strong believer that creativity is part of the healing process and particularly enjoys helping people find creative solutions to problems. Her personal involvement in dance and the vocal arts helps her to stay connected to her own creativity.

Our logo is derived from the 12th c. labyrinth at Chartres Cathedral and represents the journey of recovery and transformation.